So the other night, Logan and I were sitting on the couch watching an episode of Shaun the Sheep before he went to bed. My father-in-law was sitting on the recliner next to us. The house was silent except for the antics of the above mentioned claymation quadruped. Without any kind of preamble, my father-in-law says “If I were stuck out in a blizzard and there are garbage cans out like we have here, I’d dump one out and then climb inside. If you pack some snow around it, it’d be like an igloo.” 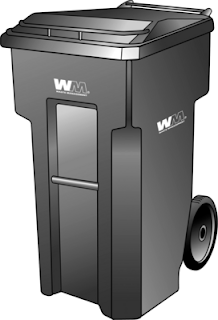 I remained silent, waiting for more. Sure enough, it came.

“Of course, you’d have to lift the flap a couple times so all the snow doesn’t pile on top of it.”

Again, I paused. When there wasn’t any more forthcoming, I asked why, on a humid, 90+ degree day would he be thinking about getting caught outside in a blizzard.

“Gotta know what you’d do in case of an emergency,” he said. This was followed by “That cools you down, thinking about being stuck in a blizzard,” a minute later.

I may have mentioned here before that we live with my father-in-law and that he is blind. He has been blind for close to three decades now, and consequently, spends a lot of time living in his head. This is not the first off the wall, seemingly spontaneous thing that I’ve heard him say, and I’m sure it won’t be the last.

I suppose, if I were stuck outside in a blizzard and I couldn’t find any other shelter, I may empty out someone’s garbage can on the street and climb inside. That seems like an effective way to try and keep some warmth contained. The garbage cans we have (pictured above) aren’t roomy, but would provide enough space to squat down in.

It’s not like living in or near garbage cans is unheard of either. There’s at least one high-profile individual I can think of that’s known for residing in a garbage can. Maybe it’s not such a bad idea after all. 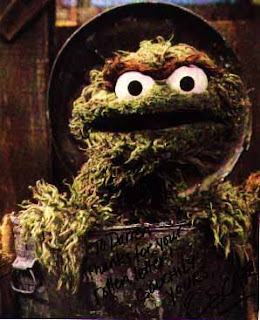 I'm a big lover of Shaun the Sheep and I've watched a couple of their episodes together with my children. I can't seem to recall if I've watched this particular sequence but want to comment on the garbage issue. The bins should prevent animals or birds scavenging in the rubbish, and keep out rain and wind. Do a search on the Internet or in your local telephone directory for trash removal. There are many companies around your place who can provide you with different sorts of bins.